Posted by emcholliday at 5:31 PM No comments:

Brad is a hero of mine. He spends his life teaching grown-ups how to be less boring, and more awesome. His new book, Becoming Better Grown-ups is brilliant and if you want more of this, I encourage you to read it. Today.
Posted by emcholliday at 11:42 AM No comments:

I don't know about you but I love graduation speeches. They have the perfect amount of celebration, optimism, courage, and wisdom. I like to watch them when I'm feeling uninspired or pessimistic. I think this is a good time for those feelings.

Unfortunately—and I know this is so small compared to what the world is going through right now—but like many other 2020 graduates, my classmates and I have had our graduation from law school postponed, with uncertainty for what that means.

So here is my project: Until May 8, what would have been our graduation day, I will be sharing my favorite graduation speeches of all time. These will be collected on my blog in a new section called Commencement.

And one more thing. Let me tell you something, grad. As of this month, we are all The Class of 2020. We are all going through this together. But we are people who come together in the face of uncertainty. People who take a step back and think about what makes life awesome, and we take that with us when this is over. And I can assure you we will all graduate wiser, stronger, better people.
I hope these bring you as much joy and hope as they bring to me.
Posted by emcholliday at 11:42 AM No comments:

I'm starting this first day of 29 with some reflection. I'm feeling joyful, but a little sorrow. I'm feeling grateful, but a little want. I'm optimistic but uncertain. At peace. A little anxious. I can't believe how far I have come. But I do find that I'm more proud of myself for — not the things I've done — the things I've overcome. I've been fighting weird mental illness. I've been grieving. I've just blatantly been really bad at some things. And here I am despite. I think it's okay to be a little proud on your birthday.

And before I start, I have to say, I always get a little bit of a hangover from these blogs. I really don't like talking about myself. And I don't know if it's vulnerability or my insatiable, irrational desire to be liked by everyone always. I used to always share the things I've learned that year, (see: 24, 23, etc.) but honestly, I wouldn't even know where to begin. I've learned a lot this year.

So instead, I've decided to write 29 aims for me to live by. You guys, keep doing your thing. You're wonderful at it. Here's what I'm working on:

Posted by emcholliday at 11:15 AM No comments:

Because I was told.

I was told at age 6 that girls couldn’t play with boys.
But I grew up in a neighborhood that told me otherwise.

I was told at age 7 that I was too smart.
But I grew up with the smartest person in the world as a mom.

I was told at age 10 that I was too bossy for a girl.
But I grew up with models of women in leadership roles.

I was told at age 11 that my ideas for student council were unrealistic.
But I grew up with female role models in public office making real, empowering change.

I was told at 15 that my skirt made me ask for it.
But I grew up instilled with an understanding of autonomy and consent.

I was told at 16 that women just weren’t as funny.
But I grew up in a family of comedians.

I was told at 17 that my passion for justice was not feminine.
But I grew up with women who marched for their rights. And fought against every wrong.

I was told at 18 that my knees looked knobby. My skin was ugly. And I’d never look good enough.
But I grew up with beautiful women of every shape and size.

I was told at 19 that women couldn’t be pastors.
But I grew up with one as the head pastor of my church.

I was told at 21 that I was too nice for a leadership position.
But I grew up learning that those things were not mutually exclusive.

I was told at 23 that good writers weren’t women.
But I grew up inspired by their work.

I was told at 24 that I should pursue a sport less demanding on my body.
But I grew up with women who pushed themselves every day.

But I grew up with women and men of wisdom. Who proved that they were wrong. That I can be strong.
By their words and their actions, I’ve learned what is true, what is right, what is real.
That I can. And that I will.

I’m forever thankful.
Because now I get to pass it on.


"She was warned. She was given an explanation. Nevertheless, she persisted.”
Posted by emcholliday at 5:52 PM 4 comments: 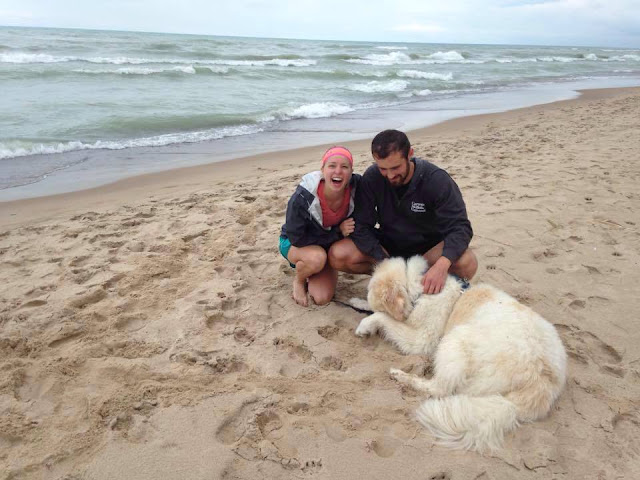 One morning on my way into work the office a few years back, I heard a story on the radio. A reporter was traveling in China and he'd offered to take a few young men back to their hometowns to celebrate Chinese New Year.

One of the young men he was driving home offered to connect his iPod through the radio. His song of choice: Country Roads by John Denver.

I was immediately taken back to an 18-hour road trip to Ft. Lauderdale with my college friends. Screaming classics like Wagon Wheel and Country Roads, munching on Slim Jims and slurping gas station slushies til our mouths turned to blue and our bellies to grease. 18 hours in a five-seat Subaru Forester. All seven of us.

I immediately connected with these strangers in this story — I immediately felt more attached to their heading home for Chinese New Year.

As the piece fades out, the song is played again. Denver’s milky soulful melodies slightly washed out by the cracking, off-key sounds of a bunch of dudes in a car singing — enjoying a trip I’d taken before. Immediate connection. My eyes filled with tears.

Needless to say, this isn’t the first time I’ve cried at NPR. Perhaps it’s the perfect concoction of a 9AM city commute, combined with the ironically private experience of being in your car by yourself (ironic because anyone and everyone who passes you can see exactly what you’re doing … or singing). Mix in the addition of the perfect balance of catchy transition music, personable and human reporters, and just enough curious background noise to suck you in. Nonetheless, there is power in good storytelling, and there is also power in telling a good story. (Those seem like they’re the same, but they’re not.)

Research shows that more people are drawn to news that is more negative in nature: this disease, that trial, this horrible cabinet member cough cough, that terrible company (Tonight at 5).

But research is also starting to show that when it comes to online social, people aren’t looking for the next negative thing. They want positivity — stories that make them feel good. This little girl committed 600 acts of kindness in a year. That manufacturer is becoming completely zero-waste.

Last night on the Indivisible radio podcast — which is an incredible and open conversation talking through the new administration’s first 100 days — the two commentators leading the discussion mentioned that the 2016 presidential campaign was the most negative in American history.

All throughout history, the most positive, optimistic campaign has won. Every time. Except this year.

All the more reason for us to embrace a positive story.  All the more we shine when we start fighting for what is right. All the more we must stay focused on the truths we hold to be self evident — keep our eyes, our words, our actions on the things that make America so freaking great.

How do we make for a positive story?

We start with living a positive story.

We go the extra mile for close friends, new friends, and strangers on the street.
We share life's joys and connect with people from all walks of life — over weird-it's-a-small-world-kevin-bacon strong connections or simple little things like John Freaking Denver.

We pick up the phone and call our grandmothers.

We smile at panhandlers even when we don’t have any change.

We stop dragging our feet at the mundane.

We start skipping in the sun.

One of my favorite authors, Donald Miller, says it well:


“We live in a world where bad stories are told, stories that teach us life doesn't mean anything and that humanity has no great purpose. It's a good calling, then, to speak a better story. How brightly a better story shines. How easily the world looks to it in wonder. How grateful we are to hear these stories, and how happy it makes us to repeat them.” – A Million Miles in a Thousand Years: What I Learned While Editing My Life 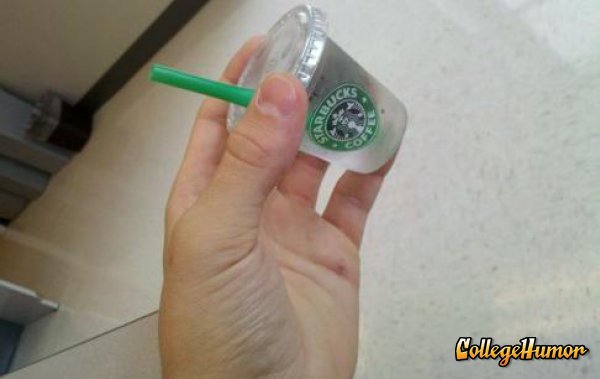 Sometimes I catch myself complaining about really freaking stupid things. This blog is one of those. But I need to get this off my chest to make room in my brain for more meaningful content.

It really bothers me when I go to restaurants — most commonly the fast-casual type, like Panera — and the water cup they give me is the size of a thimble.

It bothers me to my core.

Okay, so because 14-year-olds think they can cheat the system and fill their cups with Sprite, I, a good, honest and paying customer must be punished with undeserving thirst?!

Do you know how much it costs to sell soda? Like, boogers. It costs boogers. (One blog found the cost breakdown was something like this: $0.12 for the soda, $0.07 for the cup, $0.01 for the lid, $0.015 for the straw.. and what do they charge.. $2.00? With that profit margin, you could technically afford 8 cheaters for every cup of soda purchased. I'd say those odds are in your favor.)

Those little water cups are my scarlet letter. “Here sits this cheap-ass woman, who couldn’t be bothered to buy our 450-calorie green tea mocha sunrise splash with whipped cream because she was too busy spending 20 dollars on a French baguette."

What's even more annoying is movie theatre water cups. Like, I just spent $7.00 per piece on popcorn, which, by the way, is also another ridiculous profit margin. You seriously can't give me a full cup of water?

I get that as the sole refreshment provider while I'm trapped in the theatre, you have a monopoly on solving my hunger, and I vow to always buy into that buttery, salty goodness in a bucket, but why must you require my thirst to be quenched with either bottled tap water or sugary soda? And why is your solve this tiny dixie cup that won't even get me through one trailer? WHY MUST I BE PUNISHED?!

I once asked for my water refilled like 12 times throughout a movie just to take a stand — and the squeeky-voiced, acne-covered teen working the concessions stand eventually gave me a free ICEE to get me away. (I'm just kidding, that didn't happen. I wish it did.)

If I was a real radical, I’d stop going to these places.

I’d start the biggest boycott since Chik-fil-a circa 2012, and I'd demand civilized treatment for tap water-drinkers everywhere.

This is not right! I demand equality!

Instead, I started carrying my own water bottle.

Next week, we’ll discuss how simple-minded you must be to assume you are an exception to using a turn signal while driving.
Posted by emcholliday at 1:35 PM 1 comment: 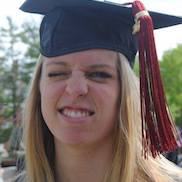 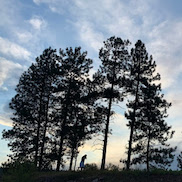 My feelings about litter 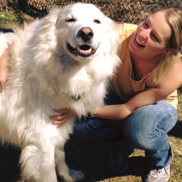 Lessons I live by 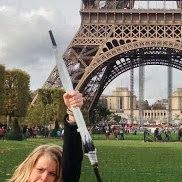 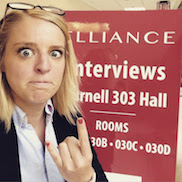 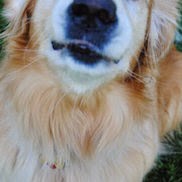